Friday, December 21, 2012
NEW BUFFALO, MI -- Four Winds Casinos has announced that Cracker will play at its Hard Rock Cafe Four Winds on Friday, February 15. Doors open at 8:30 p.m. and the concert will start at 9 p.m. Tickets 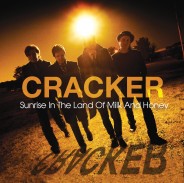 Cracker will perform at the Four Winds Casino in Michigan  can be purchased beginning on Saturday, December 22 at 10 a.m. Eastern, exclusively through the Ticketmaster® Web site, www.ticketmaster.com, or by calling Ticketmaster at (800)745-3000. Tickets are $25. Alternative-rock band Cracker entered the music scene more than 20 years ago with hits such as "Low," "Get Off This" and "Teen Angst." Made up of David Lowery, Johnny Hickman, Frank Funaro, and Sal Maida,

Cracker has produced eight albums -- one platinum and three gold. With its most recent album, Sunrise in the Land of Blood and Honey, the band took a new, year-long approach to its creative process, taking time out to write together as a band for one week every two months. For more information about Cracker, please visit www.crackersoul.com. The 12,000 sq. ft. Hard Rock Cafe Four Winds spans two floors, includes seating for over 275 people, and also features a live music stage. It includes more than 150 pieces of rock 'n' roll memorabilia from Hard Rock's unmatched collection including a military coat from Madonna, a jacket from Michael Jackson, sunglasses from Stevie Wonder, a medal cross from Jimi Hendrix, the Goodbye Yellow Brick Road suit from Elton John, and a drum set from Lynyrd Skynyrd. Also featured are items from various entertainers such as: Johnny Cash, the Rolling Stones, Kiss, the Beach Boys, the Beatles, Rod Stewart, Van Halen, Bob Seger, Prince, Eminem, Elvis, Jimmy Buffet, Mick Jagger, Diana Ross, Stevie Nicks, and John Mellencamp. Details on performances at the live music stage inside the restaurant are available at www.fourwindscasino.com/dining/hard_rock_cafe.asp or on Facebook at www.facebook.com/hrcfourwinds.