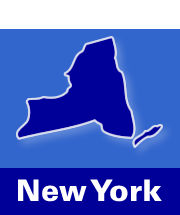 a wholly-owned corporate entity of the Nation, and Sullivan County to develop a Class III Gaming casino on 63 acres of land at exit 107 off of Route 17 (Interstate 86) in the Town of Thompson.

In consideration of the undertakings of the Seneca Catskills Gaming Corporation, Sullivan County has agreed to actively work with and assist the Nation, to obtain any and all approvals required for the project from governmental entities.

In further consideration of this Agreement, the County will undertake, in its sole discretion, to enter into agreements with locally impacted entities to mitigate impacts of the project.

Under the agreement, the Seneca Catskills Gaming Corporation will pay directly to Sullivan County for the benefit of the locally impacted entities as determined by the County, annual local impact payments in accordance with the following schedule: years 1 and 2 prior to hotel completion, $15.5 million, years 3 through 7 subsequent to hotel completion, $20 million.

John Paulsen, CEO of Rotate Black, Inc. (NASDAQ: ROBK), the Company that will manage and operate the Casino and Hotel, thanked Sullivan County officials for their enthusiastic support of the Seneca Catskill Mountains Hotel and Casino project.

Assemblywoman Aileen Gunther told Paulsen during a separate meeting on Thursday that she will take the message of Sullivan County's support to Governor David Paterson for his needed approval of project.

The Seneca's Tribal Council established the Seneca Catskills Gaming Corp. as its development arm for this venture.