Maintaining the glitzy building on the Las Vegas Strip costs a large fortune. Who pays for this? You do because the house edge on the Strip is high! Since playing online entails no brick and mortar glitz, the house edge is lower and your odds of winning increase.
Play Now at Bodog Online!

When did the 7 Most Popular Casino Table Games Reach Canada?

History shows that Canadians have always loved card and table games. That history precedes John Cabot—the first European to land on the Great White North. It dates back to first nations’ 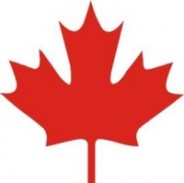 dwellers who would use bones and sticks the same way people today use cards and chips to best one another.

That’s alright and all, but when did Canadians start to play poker? How about blackjack and craps? Stick around to discover how each of the popular table games spread in the country.

Before the Europeans settled in Canada, table games were legal everywhere in Canada. However, they were legal in Britain and settlers introduced these laws once they set foot in the country.

Gambling remained illegal throughout Canada for centuries until the 1970s when a Canada legalized the industry. That doesn't mean people never played blackjack or backgammon before 1970, though. They just did it illegally.

With that in mind, below is a brief history of the seven most popular casino games, how they entered Canada and where to find them.

Blackjack originated in France in the early 1700s. It was officially known as Vingt-et-uh, the French word for twenty-one. Some historians also project a theory that traces the game’s history to Romans.

However, France is the official origin of the game. The French are also the people who introduced Classic 21 to Canada in the 18th century after they landed North America as colonizers.

Back then, the French version of blackjack had different rules usually set by the dealer. In the 19th century, however, Classic 21 gained popularity in the US. Americans adopted the name 21 and called blackjack that way until the mid-1950s.

In Canada, unfortunately, blackjack didn’t become popular until the first casino opened in 1989. And even then, blackjack struggled to attract popularity compared to slot machines.

With the advent of the Internet, blackjack not only became popular but it also gave birth to a few more variations. These days, Canadians enjoy these variants of the game:

Texas Hold’EM, the most popular variation of poker, began in Texas. However, the first variation of the game can be traced back to the dark ages in China. The game spread to Europe in the middle ages where it was called Poque in France and Pochen in Germany.

Similar to blackjack, it was the French colonialists who introduced Poque to North America. They spread in New Orleans where a game would be played between two or more people.

Poker spread in popularity rapidly in the 1880s, including during the civil war. It then became a staple game for Wild West saloons. It continued to grow over the next decades, especially during World War I and II.

In Canada, poker is believed to have been popularized by soldiers who learned about it from the Americans in World War I. However, many Canadians didn’t pay attention to the game until Texas Hold’EM came along.

Today, Texas Hold’EM is the most popular game on Online Casinos Canada. And in terms of overall popularity, it comes third after slot machines and baccarat. It’s not unusual to find websites that provide poker games alone, although they tend to have their offices offshores.

Roulette—the devil’s game—also originated from France. Its French name is the little wheel, obviously due to the small wheel that rotates around the game's wheel. The first trace of people playing roulette was in the 1600s.

Surprisingly, roulette hasn’t changed a lot since its invention. People in the 1700s still used a numbered wheel and a small ball to predict where it will land. However, there have been a few changes to the game like the inclusion of an extra zero in American roulette.

From America, double-zero roulette spread in Canada in the early 20th century. After gambling became legal, the French and European roulette also began to make their ways around Canadian casinos.

Baccarat traces its history to 1400s Italy. It was created by Felix Falguirein, an Italian who named it "baccara" to mean zero. The French then adopted it and called it "baccarat" and people have known it that way ever since.

During its early days, baccarat involved four dealers and four players. That way, bettors who wager against the banker (the dealer) or fellow players. Over time, baccarat became a match between a dealer and a player.

In North American baccarat first appeared in the US in the 1950s. It didn’t become popular with many bettors other than high rollers. Baccarat made its way into Canada casinos in the 90s’.

Craps originated in the Roman Empire, where soldiers would play the game using pieces of bones from pigs. However, the version of dice most people play today came from a man called Sir William of Tyre. He created the game in 1125 and named it Hazard, after a castle.

The French then adopted Hazard and changed a few rules. They then named their version “Crapaud' to mean a "toad." The relationships perhaps come from the way people swatted and leapt like toads while playing it.

The French later introduced Craps to New Orleans during colonization. However, Americans found a flaw in it that made people take advantage of casinos, and it was amended to include the "don't pass' feature.

Also known as Yablon, Red Dog is a card game that’s no longer popular in many casinos. That’s probably because it resembles poker and there are so many variations of poker these days.

Historically, Red Dog first appeared in Las Vegas casinos in the early 20th century. It became popular over the years and spread into Canada toward the end of the century. Online casinos helped popularize it. However, it remains as one of the least popular table games in casinos.

Pai Gow originated from China as a game that involves 32 dominoes. It traces its roots to hundreds of years in China but only became popular in the US and Canada in the 20th century. It’s since become a staple for many casinos, especially online gambling sites.