Club USA Casino has good craps action at their site. They offer private, public and reserved tables. The minimum bet is $1 and the max is $500. The casino offers behind the line odds. Nice graphics and sound add up to a satisfying craps experience. Good shooting.
Play Now at Club USA Casino!
Great Video Poker at Club USA Casino

ATLANTIC CITY - As reported by Bloomberg: "Billionaire Carl Icahn and other investors won an auction for the bankrupt Tropicana Casino in Atlantic City, New Jersey, a lawyer involved in the sale said. 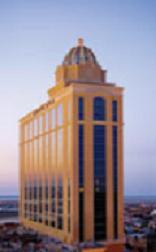 Tropicana Atlantic City  and the other investors agreed to forgive $200 million owed to them by the casino’s parent in exchange for the Tropicana, a 2,000-room hotel with 140,000 square feet of gambling space, said attorney Sean Mack, who represents the government-appointed trustee that runs the property.

“The bid deadline was last Friday and no other bids were received,” Mack said today in an interview.

The Tropicana has been under the control of retired Judge Gary Stein since December 2007, when its parent company had its license revoked by the New Jersey Casino Control Commission..."