TALLAHASSEE, Florida -- As reported by the Miami Herald: "Though they're raising fees and taxes to fill a budget hole, state lawmakers appear likely to reject at least $355 million from gambling 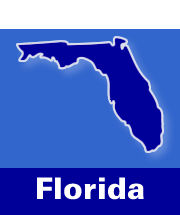 interests because they're struggling to find common ground.

"The only major agreement so far: backtrack on Gov. Charlie Crist's call to earmark any gaming proceeds for schools.

"Instead, the Senate president and House speaker privately agreed this week that any money from a gambling deal will go into savings -- a sign insiders interpret to mean lawmakers are prepared to finish the legislative session without an agreement on gambling expansion in Florida.

"'It's going to be a very, very hard lift,' said Senate President Jeff Atwater late Wednesday. 'In the end, the state could press on without closure at this moment.'

"Separating the gaming money from education divorces the issue from the must-pass state budget. And that makes gambling proposals more likely to die in the anti-gaming Florida House..."