Online casino slots are loose. Why? Because with the lower overhead, no slot employees to pay, and lower taxes, they can afford to pay more back to their customers. Roxy Palace offers a huge range of casino slots for you to play for fun or for real money prizes. From easy to play 3-reel games and fruit slot machines, all the way through to popular video slots, progressives slots and brand new releases from Microgaming, every game provides a high level of quality.
Play Now at Roxy Palace!
Poker Stars

Tuesday, August 25, 2009
SACRAMENTO, California -- As reported by Capitol Weekly: "A bid to offer state-sanctioned online poker in California took a hit Tuesday morning when the leader of the California Senate shot 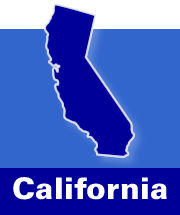 down the idea of passing a bill in the closing month of the legislative session. Meanwhile, opponents of the idea say there is a growing movement against any action this year, and a poll commissioned by one major gaming tribe found that voters were hostile to the idea.

"The effort is led by the Morongo Band of Mission Indians, which operates one of the largest tribal casinos in California, and several card clubs. They have been circulating a five-page draft bill that would create a centralized, online poker website they would offer to online customers within California's borders. The consortium would have an exclusive right to offer online poker, but all California Indian tribes and card clubs would be eligible to be members. The draft also states a so-far unspecified percentage of fees would be paid to the state.

"...On Wednsday morning, Mark Macarro, the chairman of the Pechanga Band of Luiseño Indians, sent out a letter to leaders of other tribes stating 'Pechanga has had a standing oppose position to online poker since proposals first surfaced late last year out of concerns for the far-reaching legal, political and policy consequences of an expansion of this magnitude.' Not a CTBA member, Pechanga operates a 2,000 slot machine casino in Temecula.

"Macarro also attached the results of a survey his tribe commissioned through EMC Research. According to the poll of 802 randomly selected California voters conducted August 9-13, 61 percent opposed legalizing online poker in California. This included 44 percent who were "strongly opposed." Only 36 percent were in favor..."

"...On Tuesday morning, Senate Pro Tem Darrell Steinberg, D-Sacramento, was holding a press availability when a reporter asked about the proposal.

"'I don't think it should be taken up in the last four weeks, Steinberg replied. I think it is a legitimate idea for consideration. I only have one question when I hear a proposal like that: how much money for the state General Fund? It's all I want to know. You know, is it two, three hundred million dollars? If it is, I'd consider it. But I think it's going to take more than four weeks to analyze that kind of proposal and the potential economic benefits..."