Swimming with the Devil Fish

This revealing book uncovers for the first time the amazing world of professional poker in Britain, and tells the story of the country's top poker professional -- Dave ‘The Devilfish' Ulliott. Ulliott is a former safe cracker who spent his 21st birthday in prison, became a pawnbroker, and then conquered the poker world, winning the first Late-Night Poker final and a World Series gold bracelet. Des Wilson's book is must-read for anyone who is part of, or fascinated by, the growth of professional poker, from yesterday's illegal back-street card games to the cyberspace and television.
Get it at Amazon!
Read a review of Swimming with the Devil Fish 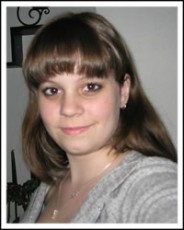 "I never expected to win," said the composed and articulate Obrestad, who turns 19 in just one day. "I'm speechless. I really don't know what to say."

"In the end, the Europeans dominated here," said WSOP Commissioner Jeffrey Pollack. "But this is the start of a new tradition for the World Series of Poker and the European and global poker communities. WSOP Europe will provide more exciting action in the years to come and we're confident poker greats from all over the world - and across the generations - will shine here, just as they have in Las Vegas."

Obrestad's win capped a series that saw European players - make that young European poker players - shut out veteran American professionals by winning all three WSOP bracelets up for grabs. Her victory over 22-year-old John Tabatabai of London came when her three sevens beat his two pair.

Obrestad won the 1 million pounds, or $2,013,102, first-place prize and the most coveted prize in all of gaming, a World Series of Poker 18-karat gold and jewel-encrusted bracelet created by luxury Swiss watchmaker CORUM, the official timepiece of the WSOP. Tabatabai earned £570,150, or $1,147,770, for second place.

With her performance, Obrestad's payday snapped two records held by poker pro Annie Duke. The first was Duke's one-day-old record as the first woman to exceed $1 million in official WSOP winnings, thanks to her 21st place finish in the WSOP Europe Main Event. Duke's 30,770 pounds, or $61,943, payday saw her edge just over the $1 million earnings mark. Duke also held the single- event record win for a woman with her $2 million winner-take-all victory in the 2004 Tournament of Champions staged by Harrah's Entertainment.

The world's top-ranked professionals journeyed to London this month for a chance to make poker history by winning the first three WSOP bracelets ever awarded outside the United States. But the likes of Phil Hellmuth, Doyle Brunson, Johnny Chan and scores of others were stymied in their quests, as Europe's cadre of young poker players - most of whose playing experience was gained online - performed exceptionally well.

Matthew McCullough, the last remaining American in the Main Event, finished third after going all in with top pair on the flop. The hopes of the 26-year-old New Jersey resident for a WSOP bracelet were dashed when John Tabatabai, who called with middle pair, matched his ace kicker for two pair that eliminated the full-time anesthetist. McCullough collected 381,910 pounds for third place.

Final-table play got under way at 2:30 p.m. GMT at The Casino at The Empire on Leicester Square. A few moments later, 21-year-old Londoner James Keys, who began the day with the lowest number of tournament chips, was eliminated. He collected 61,540 pounds for his efforts.

Additional information about the WSOP Europe can be found at www.worldseriesofpoker.com.