Valuable sections include Cash Games AND Tournament Play; Sit and Gos; Satellites and Supersatellites. Nicely illustrated with many lessons, examples and analysis, it’s a balanced, smooth-reading textbook, some of which is based on the author's experience. This balance of common sense, strategies, ploys and an honest appraisal of what was going through his mind when he made his moves adds strength to this powerful, positive pack of lessons. One unique approach is to  'improve at poker is not by finding answers. It is by finding questions,' says champion Chris Ferguson in the foreward. This companion book to Gordon's Little Green Book does just that.
Get it at Expert Insight!
Read a review of Phil Gordon's Little Blue Book 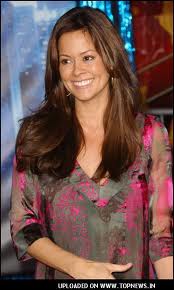 Brook Burke will be a participant in the Million Dollar Challenge  shot at winning $1,000,000. The show returns to FOX on Sunday, Sept. 19 following NFL on FOX action.

Each week, contestants must beat one of the game's celebrity defenders to win an all expenses paid trip to the 2011 PokerStars Caribbean Adventure in the Bahamas and the opportunity to advance to the second round to compete against a Team PokerStars.net Pro player. Four-time World Series of Poker bracelet winner and the second highest tournament player in poker history, Daniel Negreanu, coaches the contestant against the celebrity defenders in Round 1. Should the contestant advance past Round 1, he/she will get Daniel Negreanu's help in Round 2 against the Team PokerStars.net Pro player.

In Round 2, Daniel Negreanu will be seated in a specially designed isolation booth where only the contestant can hear his advice. Beat the likes of World Series of Poker Champion Chris Moneymaker, WSOP bracelet winners Barry Greenstein, Jason Mercier and David Williams or poker star Vanessa Rousso in Round 2 and contestants have a choice: take home $25,000 or risk it to play Negreanu heads up for $100,000 and your seat at the tournament of champions.

Advance to Round 3 and your friend becomes your enemy as Negreanu moves to the other side of the table and becomes the toughest challenge yet. He saw how you played. He helped you win the first two rounds. He knows your moves and your tells. Beat Daniel one-on-one, take home $100,000 and play in the tournament of champions where the winner will earn the chance to play for the $1,000,000 grand prize.

Hosted by FOX's Chris Rose, along with reporter Michelle Nunes, the seven-episode series airs on select Sundays this fall following NFL on FOX action: September 19 and 26, October 10 and 24, November 7 and 21. The grand finale championship show, where one contestant will face Negreanu heads up for the chance at the $1,000,000 grand prize, will air on Sunday, December 12.